I’ve heard good things about Stream Deck in the past but since I’m not a streamer I’ve never looked into it. However it was recently heavily discounted on Amazon’s Prime Day and my curiosity got me to pull the trigger and see how I might use it more from a developer’s perspective.

The following video shows my initial configuration after my first evening of trying it out (very easy to setup). I imagine after more time with it there are some more interesting use cases for non-streaming use.

Mostly so far I’m just using it as an app and URL launcher like SlickRun or QuickSilver but a bit faster with a hardware frontend. However it’s also handy for meetings with switching audio and video devices, toggling mute and speakers, and clock gadgets and such.

I decided to add a button to switch profiles in the middle of each profile layout so there’s a consistent way to toggle actions. Several profiles are tempting but there’s a tradeoff with having to switch too much. However there’s also a nice option to automatically toggle the profile based on the foreground app.

I renamed the Default Profile to General and use it as a general purpose default. The do not disturb button launches a script that kills communication apps like Outlook, Skype, Teams, Slack and the like for after hours or periods of concentration. I later added a button to launch a script to spin-up common apps like these and others used daily. 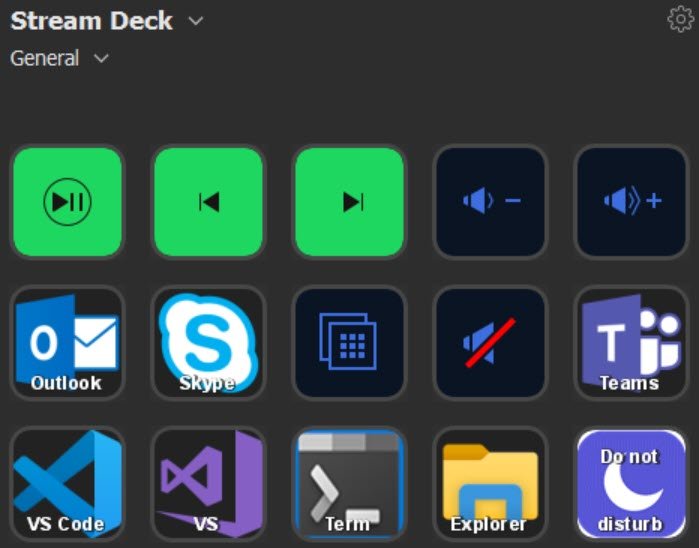 Common developer apps I use go into this profile, along with URL shortcuts to Stack Overflow and Google. It was tempting to use multiple dev profiles for different types of development work – frontend vs. backend for example. 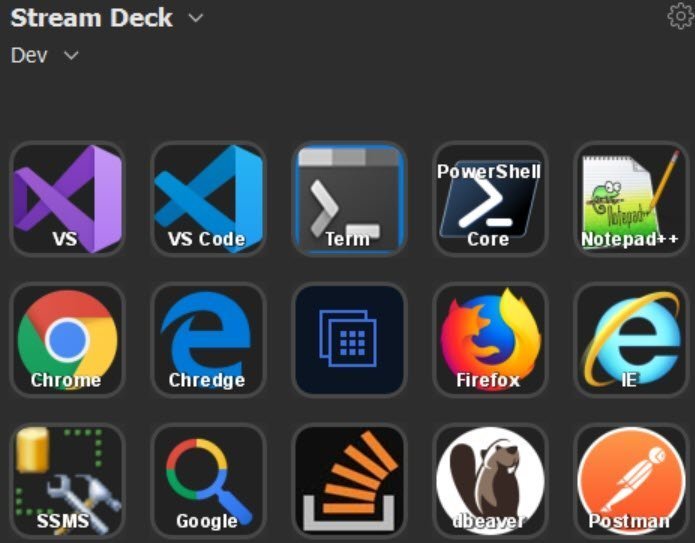 Controls to mute my mic and speakers were handy here, along with clock gadgets for my time and world clock gadgets for other timezones I have to meet with. Another button launches the excellent World Clock – Timezones Windows 10 app. Buttons to switch between different audio devices are also convenient. I’ve not looked into toggling video on/off yet but that’d be a nice touch. 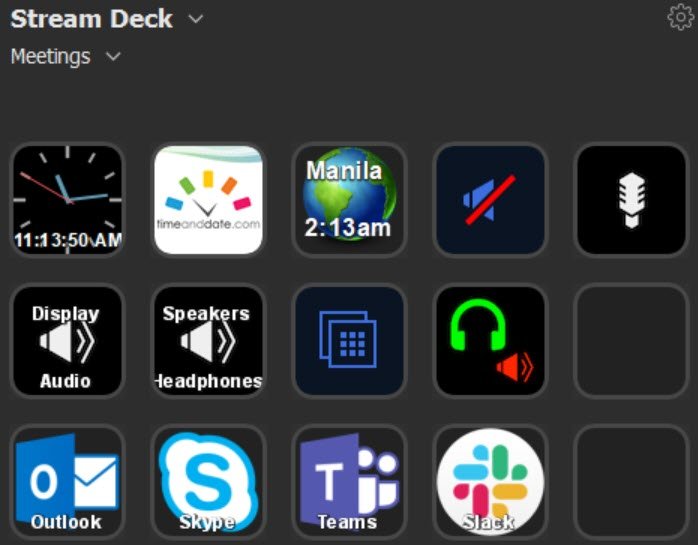 The Spotify functionality lagged sometimes when switching profiles or invoking certain actions but overall it works well. I like the album cover, song and artist info, and time elapsed on it’s play/pause “live tile”. Shortcuts to common playlists I use when coding comprise the bottom row. 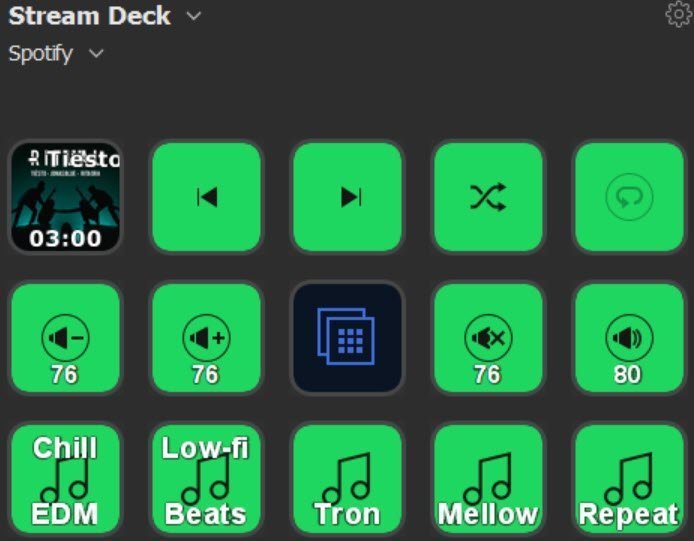 Animated gifs can be dragged over to action icons for a fun effect. Ideally I’d like the action to insert that image into whatever app I’m using (Slack etc.) or at least copying it to the clipboard – for now I’m just launching Giphy to the appropriate image. Inserting text is supported as well so custom ASCII art is another fun action here. 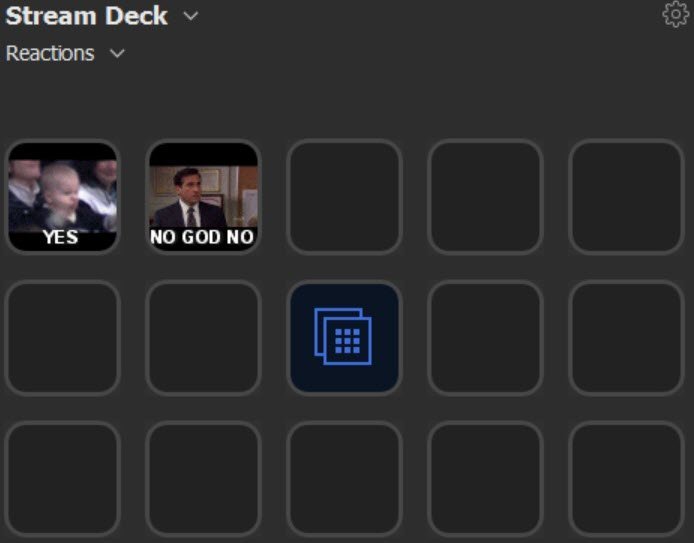 Launching an app from the Windows Store is a bit more tedious. I’d open Windows Explorer to %windir%\explorer.exe shell:::{4234d49b-0245-4df3-b780-3893943456e1} as the location, find the app, right-click the app, and choose create shortcut (to desktop). Then I’d move the shortcut to a folder dedicated to Stream Deck and point Stream Deck to that shortcut.

When entering a URL to launch, it’d be nice if Stream Deck would reach out to the site for a large version of it’s favicon, resize that image to 72×72 that Stream Deck expects, and automatically set a nice image. That’d be icing on the cake as it’s not hard to download an image and resize it manually.

Home automation comes to mind as another use case here – controlling lights, my thermostat etc. without having to go through Alexa or Google voice control. It might be fun to look into creating my own plugin to extend it further with more customization.

If you’re using Stream Deck for some non-streaming functions, what are you using it for and how?